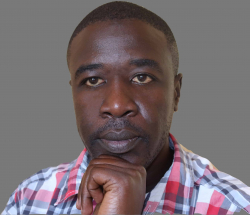 The Jeep Gladiator and Toyota Tacoma are two very different pickup trucks. Sure, they’re both mid-sized trucks with excellent offroad capabilities, but that’s where their similarities end. Jeep launched the Gladiator to offer a Wrangler-like experience in the pickup truck market segment. In fact, this is just a Wrangler with a cargo bed, so wherever the legendary Wrangler can go, the Gladiator can as well. Toyota’s Tacoma is a totally different machine, boasting Toyota’s reliability reputation and enough strength to do the job you’d expect a truck to do.

So which one should you choose? In this Jeep Gladiator vs Tacoma article, you’ll find out about the differences between these two trucks and where they both shine. You’ll get a general look at the features of each vehicle and why they’re two popular pickup trucks.

The Jeep Gladiator is more powerful and spacious than the Tacoma but its ride quality and handling on-road trail its Toyota counterpart. The Tacoma, on the other hand, has a lower starting price, slightly better fuel economy, and Toyota’s reputation for reliability. The Gladiator is better suited for offroad enthusiasts, while the Tacoma is for one looking for an economical workhorse.

The main differences between Jeep Gladiator vs Toyota Tacoma are:

Key Features of the Jeep Gladiator vs the Toyota Tacoma

Jeep first used the Gladiator name on a 70s pickup truck, but that vehicle has no other connection to the present-day Jeep Gladiator. So, the Gladiator is considered to be in its first generation, with the 2020 model as the first of this pickup truck.

The Tacoma, on the other hand, has been on the roads for over 25 years now, with the first models released in 1995. This first generation ran until 2004, paving the way for a beefier redesign in the second generation.

The Tacoma has been on the road longer than the Gladiator, but since the latter is built on the same platform as the Wrangler, its performance feels very Wrangler-like.

As you know, the Gladiator is basically a Wrangler with a cargo bed, and its resemblance to its older sibling is unmistakable. The classic circular headlights, vertical grille slats, exposed hinges, and boxy shape have aged well, and they give the Gladiator a rugged look. You can only get a double-cab variation on the Jeep Gladiator, with a 5-foot bed.

The current Tacoma generation has a lot of the Toyota family resemblance as well. However, it has grown up quite a bit since its first generation. The latest generation has a beefier hood than the previous models. Just like the Gladiator, it looks rugged but with softer curves and angles all around.

Unlike the Gladiator, the Tacoma comes in two cab configurations: Access Cab and Double Cab. The Access Cab model has an extended cabin with a rear seat, but the space back there is too cramped for passengers. All Access Cab models have a long 6-foot bed.

Double Cab Tacomas are people carriers, and these models come with either a short 5-foot bed or a 6-foot bed.

These two trucks have several differences in exterior dimensions. For the purpose of this comparison, I’ll use the double-cab Tacoma since the Gladiator only has a double-cab variation.

The table below compares the exterior dimensions of the short-bed Tacoma double cab to the Gladiator.

The Gladiator has a longer wheelbase, more ground clearance, and is taller than the Tacoma. However, the Tacoma is wider.

The Tacoma’s interior is focused on utilitarianism rather than luxury. Toyota opted to use hard plastic on the dashboard parts to keep the vehicle’s price down and underscore its workhorse pedigree. Still, all models get a touch-screen infotainment system, with the lower trims getting a 7-inch screen and the more expensive models getting an 8-inch screen.

At the back, the Tacoma offers a tight fit for passengers in its double cab model, while the Access Cab model barely has legroom for adult human beings.

The Jeep Gladiator’s cabin also has a utilitarian look, but it’s not as minimalist as the Tacoma. The dashboard is vertical, with a touchscreen infotainment system at the center. Jeep offers heated seats and steering wheel as an optional feature.

Because of the Gladiator’s longer wheelbase, you get more front and rear legroom than you do in the Toyota Tacoma.

Here’s a breakdown of the interior dimensions of the Gladiator vs the Tacoma.

From the data above, we can see that the Gladiator has more headroom and rear legroom, but the Tacoma offers slightly more front legroom. Because the Tacoma is wider, it also offers more shoulder room than the Gladiator.

A difference of an inch or two may not be much, but the 10-inch difference in headroom is certainly noticeable.

If you’re looking for a work truck rather than an offroading vehicle, Tacoma’s 2.7L model will do fine as it offers the best fuel economy. However, in most cases, the smaller engine feels underpowered, and it struggles to pull the heavy truck.

The Jeep Gladiator only has a 4×4 option, but you can get either a 4×2 or a 4×4 in the Tacoma. The two-wheel-drive Toyota Tacomas are rear-wheel drive.

Just like its sibling, the Wrangler, the Gladiator is a formidable offroader. It comes with solid live front axles and coil springs in the front and rear to make it more robust on rough terrain without compromising on comfort.

The best Tacomas for offroading are those with TRD Off-Road packages. These models boast different off-road driving modes, a locking rear differential, and drivetrain cooling.

Toyota Tacomas can have either a 5-foot or a 6-foot cargo bed, but the Gladiator only comes with a 5-foot bed. Plus, because of the different engine options and packages, you’ll get different payload and towing capacities in each model.

Here’s a breakdown of the lowest and highest payload and towing capacities in both the Tacoma and the Gladiator.

Below is a breakdown of the pros and cons of the Jeep Gladiator and the Toyota Tacoma.

The Ford brand is synonymous with powerful pickup trucks, thanks to the iconic F-150. Its smaller sibling, the Ford Ranger, enjoys its own popularity in the mid-sized pickup truck segment, going toe to toe against the Gladiators and Tacomas of the world.

There are three trim levels to choose from XL, XLT, and the range-topping Lariat. You can also choose a SuperCab or SuperCrew variant, with the later being the Ranger’s double-cab model.

Unlike its competitors, you only get a 2.3L turbocharged four-cylinder engine in the Ford Ranger. This gives out an impressive 270 horsepower and 310 lb-ft of torque and a fuel economy of 20 mpg in the city and 24 mpg on the highway.

Inside, the Ford Ranger offers more front legroom than both the Gladiator and the Tacoma but its headroom lags behind the Gladiator. Its head room is 39.8 inches, front leg room is 43.1 inches, and rear legroom is 30.4 inches.

The Ranger comes in either rear-wheel or four-wheel drive. If you’re looking for robust offroading capabilities, get the FX4 package, which comes with, among others, off-road suspension, tow hooks, and a terrain management system. These, plus the Ranger’s excellent angles of departure and approach, make it a decent offroader, even if it doesn’t reach Gladiator standards. 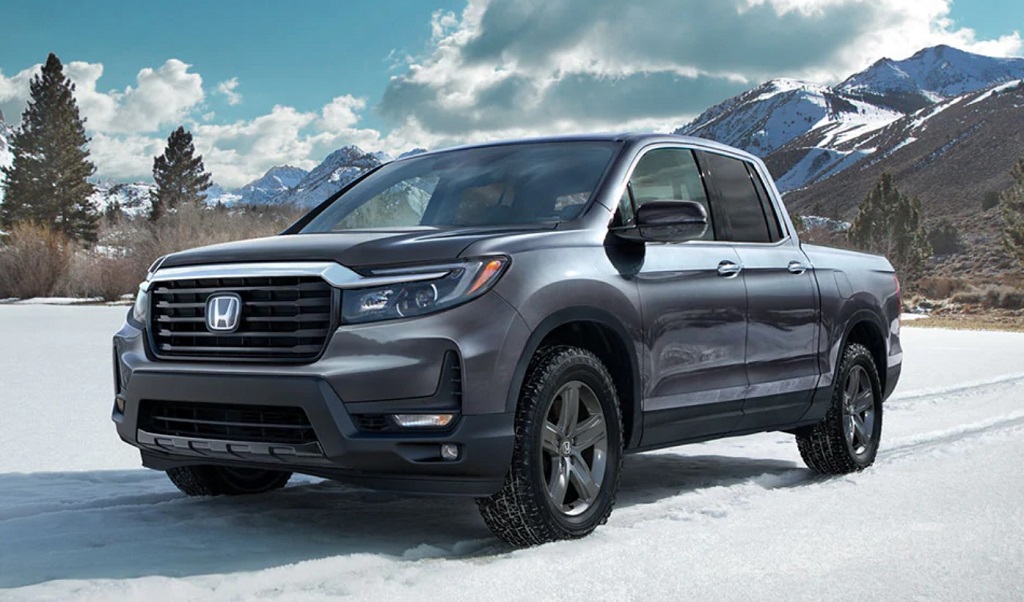 The Honda Ridgeline may be a mid-sized pickup truck, but it has taken a different approach from its peers. For starters, unlike the Tacoma and Gladiator, the Ridgeline has a unibody design as opposed to the more rugged body-on-frame design. What this means is that its offroading capability doesn’t match its competitors, but its on-road handling and ride are brilliant.

The Ridgeline’s ground clearance is the least in its category, with just 7.6 inches between the ground and its underbody. However, this means that it sits more comfortably on the highway and enjoys greater stability. By now, you already know that this vehicle is more at home on the tarmac, but that doesn’t mean that it can handle a bit of offroading action. You can choose all-wheel-drive model and enjoy several terrain modes if you want to take your Ridgeline to the track. However, don’t expect it to perform like a Gladiator or a Tacoma offroad.

Under the hood, Honda gave the Ridgeline just one engine option; a 3.5L V6 that churns out 280 horsepower and 262 lb-ft of torque. Sadly, its fuel economy is no better than what you get in a Ford-F150.

There are four trim levels: Sport, RTL, RTL-E, and Black Edition. But, you only get one cab configuration; a Crew Cab. Honda also opted to go with a single bed size in the Ridgeline: 5 feet.

Chevy’s Colorado puts up stiff competition against the Gladiator and Tacoma. Its rugged and beefy looks improved in the latest generation, inspire confidence in its strength. Sadly, strength isn’t what its smallest engine, the 2.5L four-cylinder brings to the table as it struggles to push this chunky pickup truck. Avoid this and go for the 308-horsepower 3.6L V6 engine that makes light work of hauling cargo and towing trailers.

Speaking of towing, the V6 Colorado can haul up to 7000 lbs, but you’ll need to buy the Trailering Equipment to achieve these impressive numbers. Mated to the engines are either a 6-speed automatic or an 8-speed automatic, with the former paired to the smaller engine. The Colorado also has either a 4WD or a rear-wheel drive model.

You get four trim levels in the Colorado: WT, LT, Z71, and ZR2. There are also two cab configurations: Extended Cab adn Crew Cab, plus either a 5-foot or 6-foot cargo bed.

Answer: According to Car Edge, a Jeep Gladiator loses 22% of its value after 5 years with an average of 12,000 miles per year.

Question: Which brand of pickup truck is the most reliable?

Answer: The Toyota Tundra is one of the most reliable trucks, with few complaints recorded by the NHTSA and over 80% reliability rating by JD Power.

Question: Which American-made truck is the most reliable?

Answer: The Ford F-150 is considered the most reliable American-made pickup truck.

Both the Jeep Gladiator and Toyota Tacoma are powerful pickup trucks with excellent offroad capabilities. However, the Gladiator slightly edges the Tacoma off-road, thanks to its more powerful engine and its Jeep DNA. The Tacoma handles better on-road than the Gladiator but its lower roof and smaller wheelbase make it more cramped inside.

Still, the Gladiator’s higher starting price and lower fuel economy make it more suited for offroading enthusiasts rather than a commercial pickup truck.