Ford: the largest and most recognized automobile manufacturer in the world. Forty years after its foundation, Ford presented to the world the F-150. A masterpiece of a pickup truck that still lives on today as the best-selling full-size pickup truck in the United States market.

However, it wasn’t always the case for Ford. Although it debuted in 1948, it took the F-150 eight generations (41 years) to be officially recognized as the best-selling vehicle in the nation.

1989 was the big year for the F-Series. It is the highlight of this article, a guide to all the information you need about the 89 F-150.

Ford left the 1980s on a high note, on top of the sales list of domestic pickup trucks. In 1989, the F-150 was officially the best-selling truck in the country. The F-Series was the leader of a storm that changed the automotive industry as we know it.

Early in the decades, pickups were nothing more than workhorses and rarely had any comfort or convenience features. A vehicle controlled by a computer was a fantasy, engines sent the power to the wheels via three-speed gearboxes, and carburetors were still a hot trend.

But that changed, as the F-150 was ahead in the shift that took pickup trucks from mere heavy-duty vehicles to vanilla (mainstream) transportation.

It is worth noting that Ford follows a simple and consistent formula, meaning that each generation receives refined modifications.

Very subtle changes were introduced to the new 89 models. The most notable ones include a new electronically controlled four-speed automatic transmission (E4OD), and sliding/reclining captain chair seats on the SuperCab models.

The black grille on the Custom and XL trim levels was ditched in favor of a better-looking argent grille. Finally, the automatic locking hubs on the four-wheel drive F-150 became a standard feature instead of an optional extra. On the other hand, manual locking hubs remain on the sidelines (optional).

For 1989, the trim levels remain untouched. Ford still offers the Custom, XL, and XLT Lariat with Regular Cab and SuperCab configurations. Bed sizes include a standard six-foot short bed and an eight-foot long bed, and they are all Styleside for a flushed and smooth look.

I wish the F-150 had an option to get dual-rear wheels like the F-350. That would’ve been amazing!

All three engines are rated to tow a max of 7,500 pounds. However, the clutch and axel ratio plays a massive role in moving such heavy weights. It is recommended to tow a max of 5,000 pounds if you have the inline six-cylinder to avoid damaging your truck. Nonetheless, the bigger 5-liter V-8s can move up to 8,000 pounds, with careful driving, of course.

As for the cargo, the numbers change depending on the cab style, bed size, and engine. A Regular cab with two-wheel drive and a 6-ft bed can haul 1,500 pounds, while the other models with an 8-ft bed and a V-8 can carry over 2,000 pounds.  The four-wheel drive variants max out at 2,200 pounds, while SuperCabs maxes out at 1,800 pounds.

The trim levels were not the only thing Ford carried over from last year. What that means, is the F-150 got three engine choices among the five that were offered the previous year. The powerplant options include a 4.9- liter inline six-cylinder engine that makes 145/150 horsepower and 260 pounds-feet of torque. 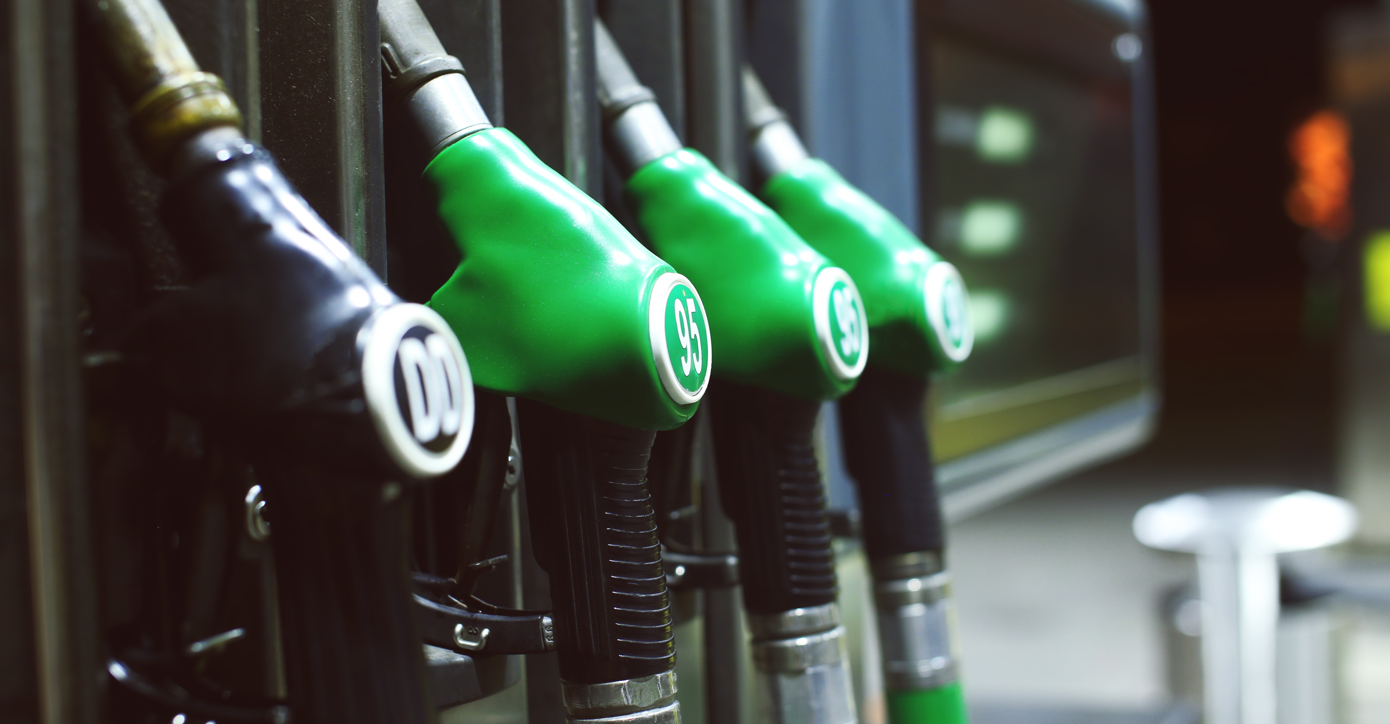 Additionally, the F-150 comes with two gas tanks, the main one fits 16/18 gallons, and the reserve can fill up to 12 gallons.

You will spend your whole life parked at a gas pump!

The F-150 is a massive truck, and you can feel it while driving down the road or the highway. It has a massive road presence, but it handles surprisingly well. That is thanks to the front twin I-beam independent suspension. The four-wheel drive models have the twin traction beam instead, and Dana axles front and rear.

The engines have enough punch to overtake other road users, but the ride quality is not amazing by any means. Moreover, longer journeys can be really painful due to the loud noise. Luckily, the cabin is roomy, and the seats are comfy.

The Regular Cabs come with a bench seat and a minimalistic design. The dashboard is plain and features a full gauge cluster, AM radio, digital clock, and a glovebox sandwiched by AC vents on both sides.

The interior comes in four different colors, but you can only get them if you select a certain exterior color. It includes Crystal Blue, Scarlet Red, Chestnut, and Dark Charcoal.

As standard, you get power steering and power breaks with anti-lock. The F-150 comes with bright hub caps, chrome front bumper, and argent grille flanked by two halogen headlights with chrome edges.

There are optional extras that you can install on the F-150. Such features include cruise control, tilt wheel, electronic AM/FM radio with digital clock, and AC. The XL and XLT Lariat get additional power locks and windows.

The SuperCabs get captain chairs with a center console. Cloth seats are exclusive to the Lariat only, while the remaining trims get vinyl bench seats. And it doesn’t end there. Here is a list of other features you get with the F-150:

There is a towing package available for grabs that adds:

Finally, the exterior comes in a variety of paints: 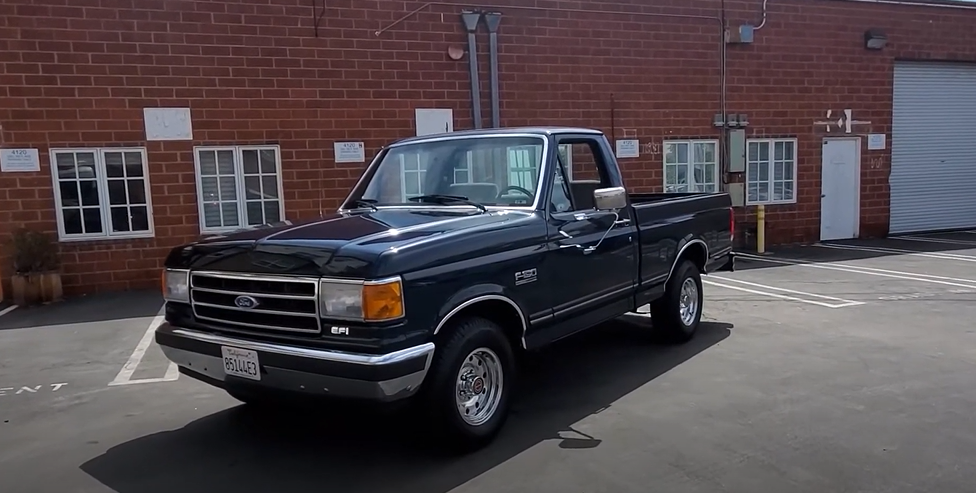 Newer models are much more powerful and capable of doing extreme heavy-duty work. The current F-150 is leading the way in the full-size pickup truck segment in both towing and cargo capacities. It can tow a mind-boggling 13,000 pounds and carry over 3,000 pounds of cargo in the bed.

Another aspect to take into consideration is the comfort and convenience features. Except for cruise control and an AM/FM radio, the old eighth-generation F-150 does not have much to offer. On the other hand, recent pickups come with loads of options and amenities that can make daily driving easier and more fun.

For instance, you get better AC, touchscreen displays with wireless connectivity, and more advanced cruise control. Newer trucks also come with parking sensors. The latter are lifesavers when you try to squeeze a half-ton pickup into a tight parking space. Other great features include heated and ventilated seats and steering wheel, rearview camera, and charging pads.

The third reason is ride quality. There is no doubt that current pickups provide better ride quality and better handling than their old counterparts.

And then there is safety. 1989 F-150 does not have airbags or any superior safety feature for that matter. In contrast, later models are loaded with features to protect the passengers, like multiple airbags all around the cabin, emergency braking, and other systems to help avoid accidents.

Last but not least, there is a high chance that a vehicle as old as the 1989 F-150 to have a lot of rust and parts falling off left and right, especially if it’s not well maintained.

There is no perfectly built truck, and all vehicles are prone to breakdowns and defects. The F-150 is no exception. The full-sizer suffered from multiple flaws because of the carry-over parts from the previous year. For instance, Ford Recalled the F-150 because the ignition switch went bust, and it wasn’t a simple fix. Some owners claim that they had to change the entire steering column because it was easier.

Over 100,000 models were brought back because the retainer/snap ring that retains the park gear on the output shaft in the transmission broke down. You could say it snapped! (pun intended).

Other faults that led to a recall include awkward (clunky) suspension, loose steering, and faulty fuel selector valve on the models with dual gas tanks.

If you have an eight-gen F-150 or recently acquired one, there are some things you can do to improve it.

Some owners will go as far as to swap out the entire or change 70% of the internals to get maximum horsepower. That is if you are willing to splash some cash! If you are on a tight budget, the least you can do is install a K&N filter to free up some air and add a bit of power. You can also consider switching to dual exhaust headers, and getting an electric fan. 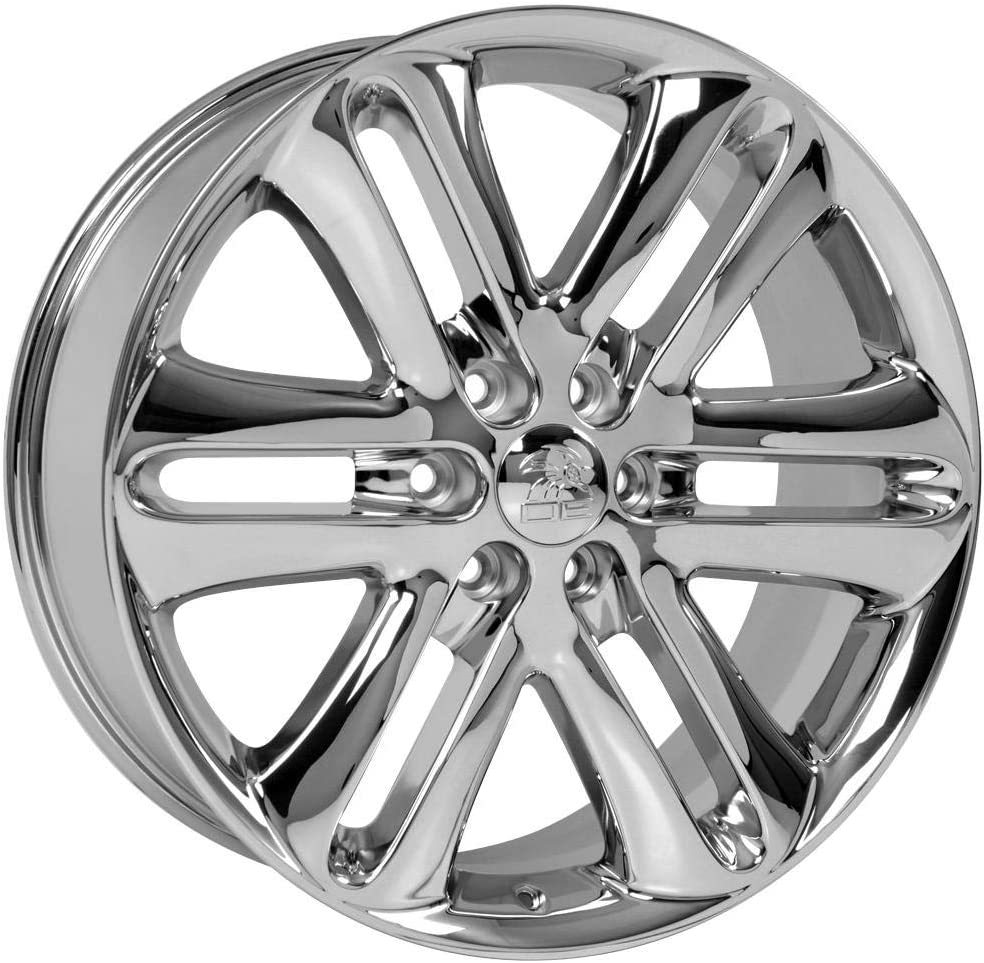 Tires can have a massive impact on the ride quality of your truck, its performance, and fuel economy. Not to mention, old faded tires can lead to fatal accidents. If you drive on paved roads most of the time, try putting on a set of Pirelli Scorpion or Bridgestone Dueler for a comfier and less noisy ride on the highway. If you’re an off-road maniac, BFGoodrich all-terrain tires will get you through the mud.

Brakes on a 30+ years old ride like the 89 F-150 have probably seen better days. So, for your own and other road users’ safety, you should get the brakes checked. The least you can do is change the pads. However, if the rotors and the calipers are in a bad shape (most likely rusted and decaying), I highly recommend you swap them as well. It may go over your budget, but it is worth it in the long run. 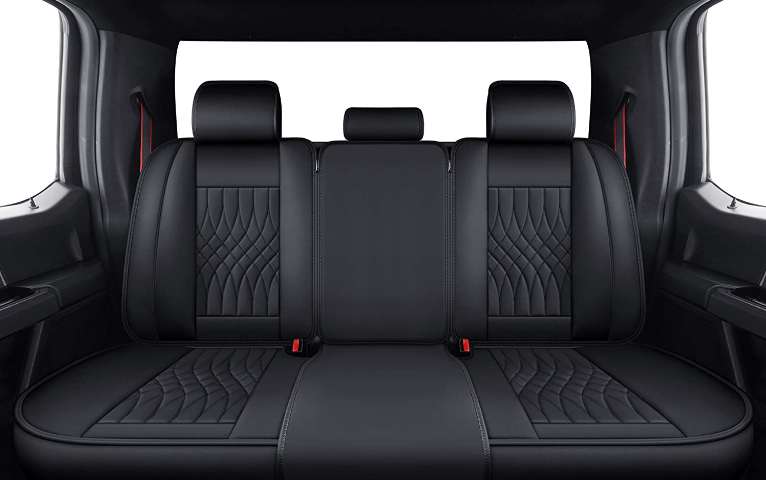 Inside is where you will be sitting most of the time while driving (that’s how driving goes last time I checked). Thus, enhancing the interior of your truck can make driving it more enjoyable. Some affordable options include buying seat covers and floor mats. You can also get a dashboard cover or a dash kit.

Alternatives To The F150

The F-150 is not the only pickup available in the market. Chevrolet is giving Ford a run for its money with their C/K 1500 model. It offered more engine variety, comfort, performance, and a long list of specs to pick from.

Question: What is the best F-150-year model you can buy?

Question: When did Ford switch to aluminum on F-150?

Answer: In 2015, Ford started building the F-150 using military-grade aluminum. This means that the truck is tougher and lighter, which helps with fuel consumption.

Question: When should I change the oil in my F-150?

Answer: Ford recommends that you change the Oil and filter on your F-150 every 7,500 miles/ six months if it runs on synthetic oil.

Purchasing a 1989 Ford F-150 depends on you. If you are a massive fan, and you want it more than anything else, then go ahead and get one.

However, it is worth keeping in mind that purchasing a truck three decades old with lots of recalls may not be a wise decision after all. Such rides tend to have lots of rust and are rarely taken care of. As a result, it can cost you a fortune just to get back and running on the road, let alone use it for heavy-duty hauling.

4x4 Reports Team
Our writers are experts in all things 4x4; they have been driving theirs for years. Some are brand loyal, and others want the best thing for their needs, but the one thing they have in common is a passion for these robust vehicles, the gear and accessories that make them stand out, and of course, how to keep them running. Combined with years of writing experience they are the perfect team to help you with all your 4x4 needs!