The Tundra full-size pickup truck series superseded the T100, initially presented to the public at the Chicago Auto Show in February 1999. The Toyota Tundra was larger, more powerful, and capable than its predecessor, the T100. Since its launch, the Tundra has been highly acclaimed for its reliability and toughness.

Although old, the Toyota Tundra scored five stars in its official frontal impact performance testing. Besides, the Insurance Institute for Highway Safety also gave it a “good” rating in side-impact crash testing and frontal offset.

I would recommend the  Platinum trim level 2010 Tundra for anyone. It offers the best space, comfort, and luxury. It also comes with the best features the 2010 Toyota Tundra has to offer.

A leather-wrapped steering wheel, an improved sound, navigation system, and heated/ventilated front seats are all included in the Platinum trim level.

Trims at a Glance

Overview of the Toyota Tundra 2010

Toyota completely redesigned the Tundra for the 2010 model year. The exterior has a more aggressive and masculine look, while the interior is roomy and comfortable. Under the hood, you’ll find a powerful V8 engine that delivers ample power and torque.

The Tundra is available in different configurations, so you can buy the one that best suits your needs. The Toyota Tundra can tow a trailer or haul heavy cargo. Toyota also made some crucial moves to upgrade this popular truck in 2010, making it even better than previous models. So, if you’re in the market for a new truck, check out the 2010 Toyota Tundra.

Also, the Toyota Tundra 2010 has a starting MSRP of $29,120, which is on the higher end of the spectrum for full-size pickup trucks. However, its wide range of standard and available features help justify its price tag.

Here are the general features of the 2010 Toyota Tundra

Both have installed a six-speed automatic gearbox, meaning they have six gears within the transmission.

The Toyota Tundra 2010 has a strong reputation for dependability and safety. It provides various features that will satisfy the demands of most customers.

The Toyota Tundra 2010 is available in 6 trims SR (the base model), SR5, Limited, Platinum, 1794 Edition, and TRD Pro options for the 2010 Toyota Tundra. Depending on your demands, you may pick from various trim levels, each with a distinct set of essential and optional features.

The Toyota Tundra SR 2010 is the base model. It an excellent choice for a dependable truck. It’s perfect for those needing a vehicle that can handle routine jobs and heavy loads.

The SR5 is an updated version of the SR version. The SR5 is more comfortable than the SR because the rear seats are bigger.

The Limited trim is the luxury version of the vehicle. It is perfect for lovers who prefer luxury over performance, but Toyota Tundra Limited 2010 offers both options.

The Tundra Platinum offers a slew of comfort and style amenities. It comes with the 5.7-liter V-8 and the CrewMax body. In addition to a new billet-type grille, it offers a set of 20-inch wheels and a scattering of Platinum emblems.

It also has a limo-sized interior, giving it an elegant look and feel.

In honor of Toyota’s founding year, the 1794 Edition trim is a limited-edition model made for Toyota, especially Tundra lovers.

It is the top variant of all models and is specifically for those with heavy duties or camping.

During the 2010 model year, Toyota redesigned the Tundra.

The 2010 Ford F-150 is a tough competitor when it comes to the best light-duty full-size pickups, at least in 2010. It offers plenty of power, a roomy cabin, and an excellent towing capacity. It does have a few downsides, such as its ride and handling.

The F-150 comes with similar features as the Tundra. But let us take a look at the difference between the two.

So, the Tundra is more expensive. It also costs more to maintain.

As you can see, the two trucks do have similar mpg ratings. There is only a 1mpg difference between the Tundra and F-150 on the highway category. So, it is safe to say; that the Tundra is slightly more fuel efficient.

The ratings show that the Tundra has a better Engine than the F-150. It has better horsepower, similar torque, and higher displacement.

According to the ratings, the Tundra has better mileage than the F-150.

The Tundra’s transmission rates rank higher than the F-150.

The 2010 Toyota Tundra comes with a lot of benefits given below.

There are a few potential disadvantages to owning a Toyota Tundra 2010.

What You Need to Insure Your Tundra 2010

Your deductible, amount of coverage, and the kind of insurance you pick will all affect the cost of insuring a Toyota Tundra. In addition, your age, gender, location, credit score, and driving record may all affect your insurance premiums. Find the right policy for you by consulting the Toyota insurance guide.

Question: Is the Toyota Tundra a reliable truck?

Answer: The Toyota Tundra has an “above average” dependability score of 4 out of 5 per Repair Reliability evaluations. So yes, it is very reliable.

Question: What are the different models of Toyota Tundra?

Question: Is a Toyota Tundra worth buying?

Answer: The 2010 Toyota Tundra is one of the oldest full-size pickups on the market today, but it’s still a top choice for a workhorse pickup, thanks to its strong performance and excellent utility.

Question: Which model Toyota Tundra should I buy?

Answer: My top two choices would be the 1794 and TRD Pro. They both come with all the exciting features.

Question: What trucks are similar to the Toyota Tundra?

Question: How is the Tundra on gas?

Answer: The EPA estimates that the standard Toyota Tundra 2010 with four-wheel drive and a 5.7L V8 engine will earn an estimated 14 mpg combined (13 mpg city and 17 mpg highway).

Question: Which model is best for towing?

Answer: Every model is good for towing. You can choose the best for you depending on your requirements.

Question: What’s the difference between the Tundra TRD and SR5?

Question: How long will a 2010 Toyota Tundra last?

Question: What does 4Hi mean on the Toyota Tundra?

Answer: 4Hi is a Tundra four-wheel drive setting. In 4Hi, the front and rear differentials lock to maximize traction. This option is for slippery surfaces, mud, or snow.

The 2010 Toyota Tundra is a dependable truck. It has high-quality components, gearing, and grip, which allows the vehicle to handle real-world obstacles in harsh conditions.

It would be a good place to start if you are looking to buy your first truck. The 2010 Toyota Tundra has about 6 trim levels.

The SR is the base model, meaning it does not have the most exciting features. But if you are going for “simple and reliable,” it’s a great option.  If you are looking for luxury and comfort with good performance, you can get the Limited Trim. The 1794 trim is a limited-edition model in honor of Toyota’s founding year. It does come with great features, good performance and it is reliable. The TRD and Platinum offer great performance, comfort, and luxury. 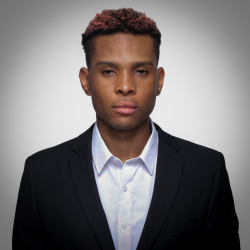 Emmanuel Joseph
Emmanuel is a budding mechanical engineer who loves studying engines, car parts, and designs. He also has a degree in electrical engineering, so he understands multiple sides of what makes a smooth ride. He loves being able to share both the practical and theoretical knowledge he has gained through his education and personal projects on 4x4 Reports.