One has earned a positively legendary reputation over a relatively short period of time, while the other has retained its title as the best-selling vehicle in America for over 40 years.

Choosing between these two burly trucks may seem like an impossible decision but we’re here to break down the options and help you decide which one of these stalwarts fits into your lifestyle the best.

Ready to talk trucks? Let’s get into it!

Overall, the F-150 holds a distinct advantage over the older, aged Toyota Tundra due to its insane array of body styles, bed lengths, engines, and option levels. However, the Tundra does bring a powerful, old-school feel to the party, with massive size, and utterly unflappable reliability scores.

What you’ll immediately notice when taking a look through the specifications is that the 2021 Toyota Tundra and 2021 Ford F-150 could not possibly be any more different!

The Tundra soldier on with a capable, yet extremely thirsty 5.7L V8 and 6 Speed Automatic, while the F-150 is available with SIX (yes SIX) different engines! Let’s just say that the Tundra has some major catching up to do here.

When you start looking through the options list on these two vehicles, the availability of options can be enough to make your head spin! Not to worry though, we’re going to break it all down and give you the rundown on each trim so you know where to start.

Each trim of the Tundra and F-150 is available with its own unique set of body options, bed options and engine:

For what it’s worth, comparing engines is hardly a fair comparison between these two titans of the road. The Tundra soldiers on with a 5.7L i-force V8 that does put out some pretty stout numbers and gives the Tundra an all-around peppy feel.

However, when you compare it to the F-150, you will be quite taken aback. There are 6 engines in the F-150 lineup, ranging from a work truck range V6 all the way up to a Hybrid powerplant.

Yes, we said a HYBRID powerplant. Depending on your needs and your budget; there’s sure to be an F-150 that will fulfill your needs extremely well.

Again, here we have an old-school 6-speed transmission going up against a modern 10 – speed unit that gives the F – 150 a huge edge on not only performance but on fuel – economy.

We can’t really fault the unit in the Tundra, because any truck fan knows that these things are undoubtedly built to last a lifetime, but still, the Tundra is drastically outclassed here.

Continue reading our full guide on how to replace Ford F150 Transmission.

Design differences are not especially drastic between these two machines when it comes time for suspension design and tuning but it’s enough to make mention of.

The Tundra and the F-150 roll down the road with an independent suspension comprised of a double-wishbone design but outback things are a bit different. When comparing the coil spring set up in the Ford to the live axle in the Toyota, the difference shows in handling and driveability.

A live axle is old-school tech, and while durable, it leaves the ride bouncy and “trucky” while a coil spring set up gives a more controlled ride without the bounciness so inherent in trucks. Win, F-150.

Considering the old school engine, and transmission in the Tundra; it hauls surprisingly well. The F – 150 only minorly edges out the Tundra here, a testament to burly V-8. One area where the Tundra is sorely lacking is in towing technology.

From sway control to cameras that help you hook up the hitch easily; the F-150 is positively awash with useful, smart technology. The Tundra, well, it just doesn’t have this sort of tech on board. Ultimately, the F-150 wins here. Again.

For those that intend to use their truck for truck things (you know, like hauling gravel or other junk in the bed) the F-150’s coil spring suspension and strong, yet lightweight aluminum body pay dividends with a super high payload capacity. Here, it trounces the Tundra by a massive 500 pounds!

With up to 27 MPG, the winner here is pretty obvious. No matter which powertrain you opt for, the lighter weight, and the 10-speed transmission combined with small-displacement engines mean some flat-out incredible fuel economy numbers for a truck.

Take a look at that dismal 13 – 17 MPG from the Tundra and you can immediately see just how far the F-150 has pushed the boundaries of what a pickup truck can consume in fuel.

Whether you choose the Tundra or the F-150 – each is available in Off-Road focused trims that provide a thoroughly upgraded suspension, skid plates, and other off-roady bits.

Toyota knows a thing or two about building rugged off-roaders, so we think that that TRD Pro model is the way we’d probably go if we were looking to hop on the trail. Now, when that new Raptor drops later this year, this could all change!

If you have a family, the easy choice is the F-150. Not only does it provide an equally commodious, verging on luxury interior but its bevy of safety features and excellent crash test scores mean it’s a total stand-out in a crowded field.

Throw in features like a powered generator unit on the Hybrid trim and you have an easy answer to everything from pumping up a raft, to powering a house. That extra fuel economy will really pay dividends here as well.

For towing, you just can’t beat the F-150. It makes short work of even the most challenging loads and bakes smart tech right into the overall package for a seamless experience. Once you use the hitch assist camera, you will never go back to towing any other way!

From its luxurious interior with available features like lounging, airplane-style seats, and high-end stereos, to its demure, almost carlike driving demeanor; the F-150 hardly feels like a truck at all!

Throw in reasonable fuel economy, great safety tech, and serious performance for perhaps the greatest daily driver ever to roll out of Detroit. Sure, the Tundra is awesome in its own way but it still feels like a truck.

The F – 150 has managed to pull off the daily driver/economy/performance hat trick in a way that no vehicle before ever has.

It’s pretty easy to pick a winner when choosing between these two titans of the road.

Although the Toyota Tundra is well-known for its reliability, burly engine, and off-road-focused trims: you just can’t beat Ford’s F-150. From its bevy of engines to its incredibly luxurious interior and unbelievable fuel economy; the Ford F-150 is the daily driver that can really do it all.

Whether you’re towing or taking your family camping on a long road trip, the F-150 will do whatever you ask of it and more. We understand the concept of brand loyalty but even if you’re a Toyota faithful, you just can’t deny that the F-150 is an absolutely incredible pickup truck.

Now, get out there and hit the road! 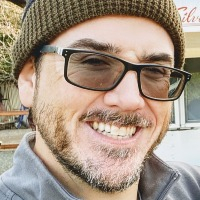 Daniel Russo
Daniel loves all things cars and racing and has since he was a young kid. He enjoys being able to showcase his knowledge through his writing. He's always enjoyed translating his knowledge into informative and engaging articles that help you find the necessary answers and products and connect with other like-minded individuals.