At first sight, you can think the 1999 Toyota Tacoma is a 4×4 truck. The off-road suspension and aggressive sporty exterior seem a lot like what we have in 4WD trucks. However, these 2WD trucks are loaded with a lesser powerful engine than 4WD models, which are more reliable and durable than the former.

However, upon more profound research, I found that Toyota also had a 4WD truck among the 1999 Toyota Tacoma portfolio, the Limited Xtracab trim level. We’ll see to that shortly.

In this 1999 Toyota Tacoma Guide, we’ll have an in-depth review of the truck and its specs, which will give you an excellent reason to purchase the model with your hard-earned money.

It’s essential to compare the trim levels to make sure that you don’t overpay for the features you’re not using.

All the other four trim levels came with V6 engines with considerably higher engine capacities and power output than the Base trim.

The Limited Xtracab was the most advanced trim level among all five. It was a 4WD and came with four seats and two doors. It was also loaded with a 3.4L V6 engine, resulting in 190.0hp power output. Its output-intensive features made the trim the most expensive among the trim levels.

The 1999 Toyota Tacoma is a pretty reliable truck for towing. If you desire to go on a trip and need to tow a trailer, the 1999 Tacoma has got you covered. However, the towing capacities of the Toyota Tacoma are applicable only when you’re cruising at altitudes below 1,000m above sea level.

However, the maximum towing capacity will also depend on the braking capacity of the attached trailer.

The 1999 Toyota Tacoma is more than a truck! It is a masterpiece with preserving and is more than compatible with several aftermarket accessories to make your fairytale customization a dream come true. Also, customization improves the truck’s performance from its factory components’ primary performance.

Having that in mind, who wouldn’t want an upgrade in parts on their 1999 Toyota Tacoma? And yes, owning a Toyota exposes you to the most prominent aftermarket accessory among all car brands.

Here are some of the best accessories that will make your 1999 Tacoma ready to tackle whatever you throw at it.

Floor mats are one of the most underrated components in car cabins, but they are instrumental in several ways. Not only are floor mats good for aesthetic reasons, but they also hold up liquids that might have accidentally spilled to the truck’s floor and corroded it. For that reason, you need a good floor mat for your 1999 Toyota Tacoma.

Check out here for some of the best Toyota Tacoma floor mats.

Your Toyota Tacoma seats are the most abused parts of your truck. Think of it like this; every time you get in and out of your car, spill a drink. Your seat takes all that in, and you should take care of it by installing new seat covers when the present ones wear.

You can also replace your seat cover to add some cabin storage space. Are you wondering where to put your bottled water while off-roading in the wild? Some seat covers come with extra ‘pockets’ to the sides. Check out here for exciting offers on Toyota Tacoma seat covers.

Do you wish to increase the storage capacity of your 1999 Toyota Tacoma? You probably have every reason to upgrade your rack to a more innovative and appealing structure. If you’d wish to have one, then kindly check out here for exciting offers on the same.

Do you want to roll in some brand new feet? You can replace your existing 1999 Toyota Tacoma with new aftermarket tires. Yes, you might need to go on some off-road activities, and your present tires can’t make it. Maybe you’re interested in some aggressively-treaded tires or a set of silent-rolling wheels.

Check out here for reasonable offers on tires that are compatible with your 1999 Toyota Tacoma. I would recommend the Bridgestone Turanza Quiettrack if you need a set of quiet tires. Read more about them here.

You need to take care of your engine. One way to do so is by regularly changing your engine air filters. Air filters are responsible for trapping dust particles that might find their way into the engine block.

With time, these air filters get worn out from trapping excessive dust particles and will need replacement before they become less effective and endanger your engine.

There are several outlets where you can find quality replacements for your filters. Check here for some of the most amazing offers on 1999 Toyota Tacoma air filter replacements.

Your headlights will never be as bright or stylish as you wish they were. You’ll need upgrades or tweaks, at least, to improve on aesthetic or performance. If you’d love to treat your 1999 Toyota Tacoma to a nice set of headlights, then check here for some exciting deals.

Brake pads are the most crucial regular wear items/parts in every car. You will mainly use the Toyota Tacoma to tow along trailers or in off-roading, both of which are braking-intensive exercises. You’ll, therefore, find yourself replacing your brake pads frequently.

Brake pads are all over the automobile markets, and you only have to find those that are compatible with your wheels. Again, you need customized brake pads that won’t wear frequently. For deals on the 1999 Toyota Tacoma Brake Pad replacement, check here.

Do you want to give your 1999 Toyota Tacoma a new look? Well, if yes, there are several modification ideas, like the addition of sports seats, your favorite body kits, or even a spoiler. A spoiler? I don’t know about that too.

However, before you perform modifications to your truck, you need to check with your insurance provider to see if they approve of the decision on parts.

There are too many ideas on modifying your Toyota; you only have to be creative.

Have you thought of lifting your 1999 Toyota Tacoma to give it a new look? Lifting your truck has several advantages, the obvious being increasing ground clearance to evade obstacles when cruising. Moreover, raising your vehicle will increase its off-roading capabilities and pave the way for larger custom-made wheels.

You’ll need a lift kit to perform an efficient lift on your 1999 Toyota Tacoma. A lift kit is an assortment of the necessary tools and accessories you need for the exercise. A quality lift kit has front components to facilitate the raise, rear elements, and shocks.

NB: Lifting your car is a delicate process, and therefore, you should only let it be done by a professional.

The least you can do to your 1999 Toyota Tacoma to ensure longevity is to observe its maintenance schedule. Why should you let wear in your engine or braking system bother you or make you incur extra unwanted costs?

Toyota Tacoma indicates the specific duration between which you need maintenance checks on the user manual. Kindly observe that!

A recall is a notice issued by a car manufacturer when they notice a defect in the car. If the fault is left unattended, it might lead to unnecessary risks or loss of lives in the worst-case scenario.

Toyota has made several recalls for the 1999 Tacoma; six up to date. Here’s a list.

Here are some common problems faced by the 1999 Toyota Tacoma;

If you experience any of these problems, kindly have a professional check the issue and advise you on how to act accordingly.

Question: What problems does the 1999 Toyota Tacoma have?

Answer: A lot of people who drive the 1999 Toyota Tacoma notice that the lower ball joint wears out prematurely. So, they end up developing problems with the front suspension, making the Tacoma a lot harder to steer.

Question: How many miles per gallon does 1999 Toyota Tacoma get?

Question: How much horsepower does the 1999 Toyota Tacoma have?

If you’re looking into a powerful 4X4 truck, look no further than the 1999 Toyota Tacoma. This truck will last you a long way past 300,00 miles. If you want to make sure you’re investing a truck that’s going to work just as hard as you do, this is the best 4×4 truck for you.

Are you interested in looking into other 4×4 models? Check out the rest of our website to find more info! 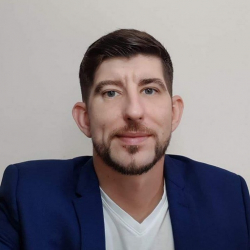 Robert Munteanu
Robert loves cars and even ran a Youtube channel discussing them. Sharing his knowledge on 4x4 Reports is a fun way for him to connect with other car enthusiasts and help them get on the right track.